The Best Spots for Punting in Cambridge

The Best Spots for Punting in Cambridge 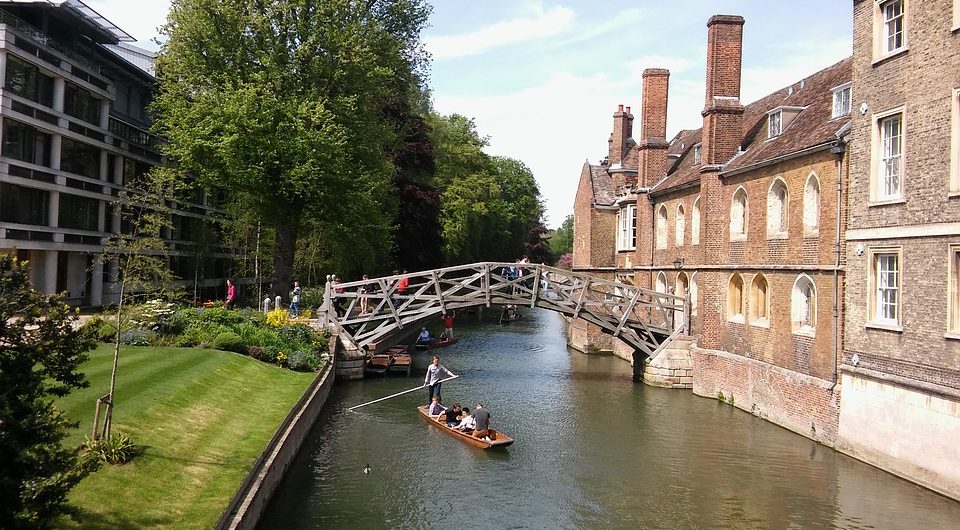 Best spots for punting in Cambridge

Best spots for punting in Cambridge is a hotly debated topic between locals and tourists alike.

Cambridge has a wealth of fascinating history that captures the soul.

Punting in Cambridge is the most popular tourist activity for a reason because you get to see all the beautiful architecture and hear the most enthralling stories.

Cambridge is also a very picturesque location if you enjoy taking photographs or even a few selfies for Instagram.

Here are the best spots for punting (in our opinion), ready for your adventure on the River Cam. So that you can truly experience everything that Cambridge is famously known around the world for.

This historical bridge was built during the seventeenth century and was inspired by bridges in China.

You can see that very little material was used to create this long-lasting structure.

Most people believe that the bridge was designed by Sir Isaac Newton. But it was his student, William Etheridge, who designed it in 1748.

The bridge is right beside Queen’s College, which is one of the oldest and largest colleges at Cambridge. It was founded in 1448 and spans both sides of the River Cam.

You should ask your punting chauffeur to tell you all about the bridge’s design, and how the timber sturdily holds it in place despite being a weak material.

All of the college backs punting tours pass this bridge as it is one of the hotly anticipated spots for punting photography.

The Wren Library was built in 1695, as part of Trinity College in Cambridge. It was designed by famous British architect Sir Christopher Wren, constructed in 1695. The same architect also
designed the famous St. Paul’s Cathedral in London.

This is one of the most beautiful views on the River Cam, especially during sunset.

Sir Isaac Newton, Prince Charles, George VI, Eddie Redmayne, and many more have studied in this library during their time at Trinity College.

One of the most famous spots for punting is the Bridge of Sighs.

This gorgeous bridge looks like something from Harry Potter.

It was named after the Venetian Bridge of Sighs by Queen Victoria. It was built back in 1831 by Henry Hutchinson.

The bridge crosses the River Cam linking between the New Court and Third Court colleges.

Queen Victoria once said that this was her favorite spot in the city, and that’s how this bridge became such a popular tourist attraction.

There is also a common myth that the word “Sighs” came from Cambridge University students who were very stressed during exams.